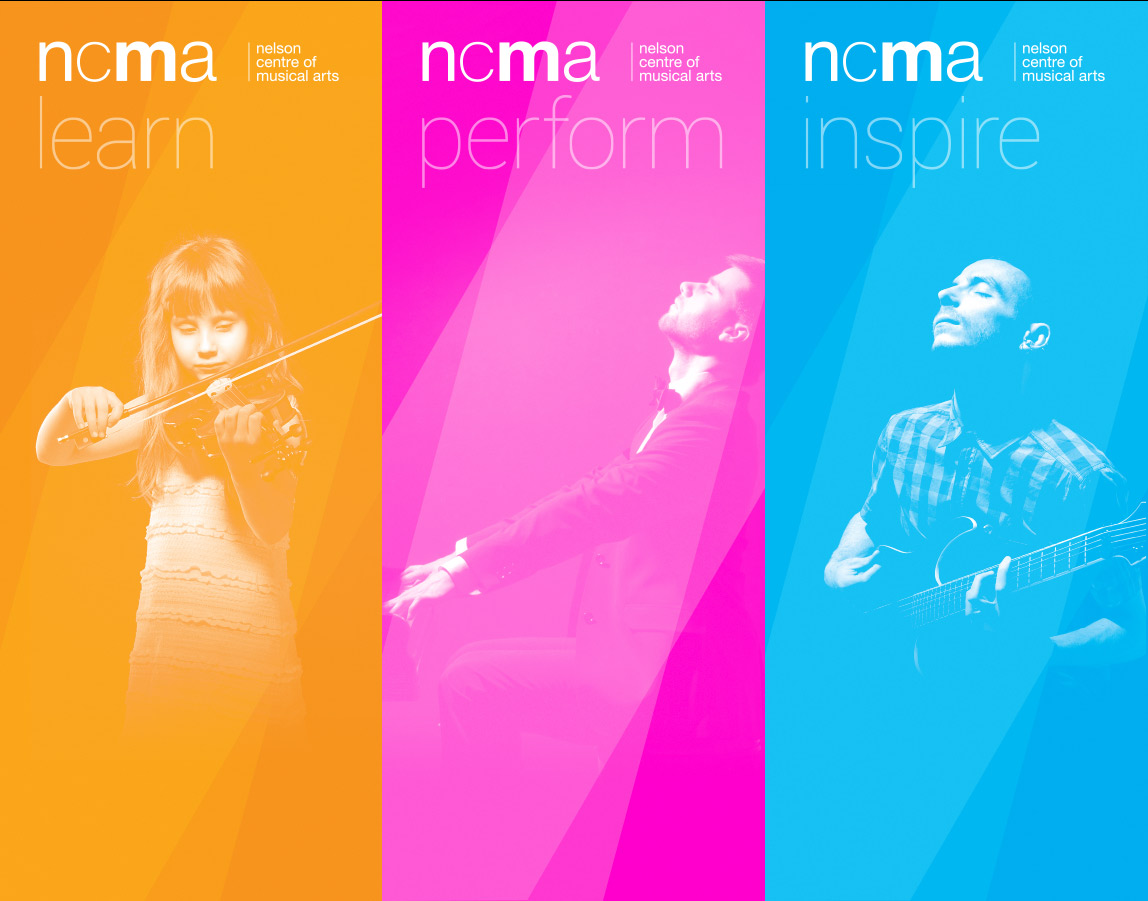 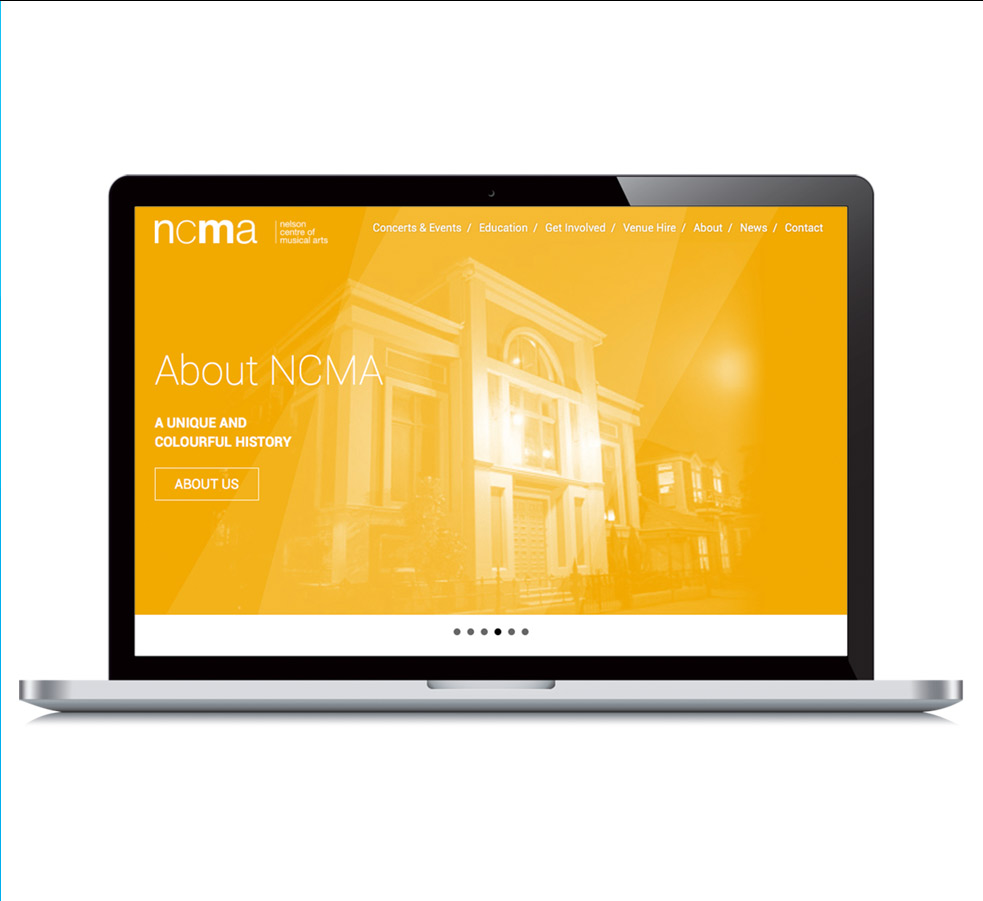 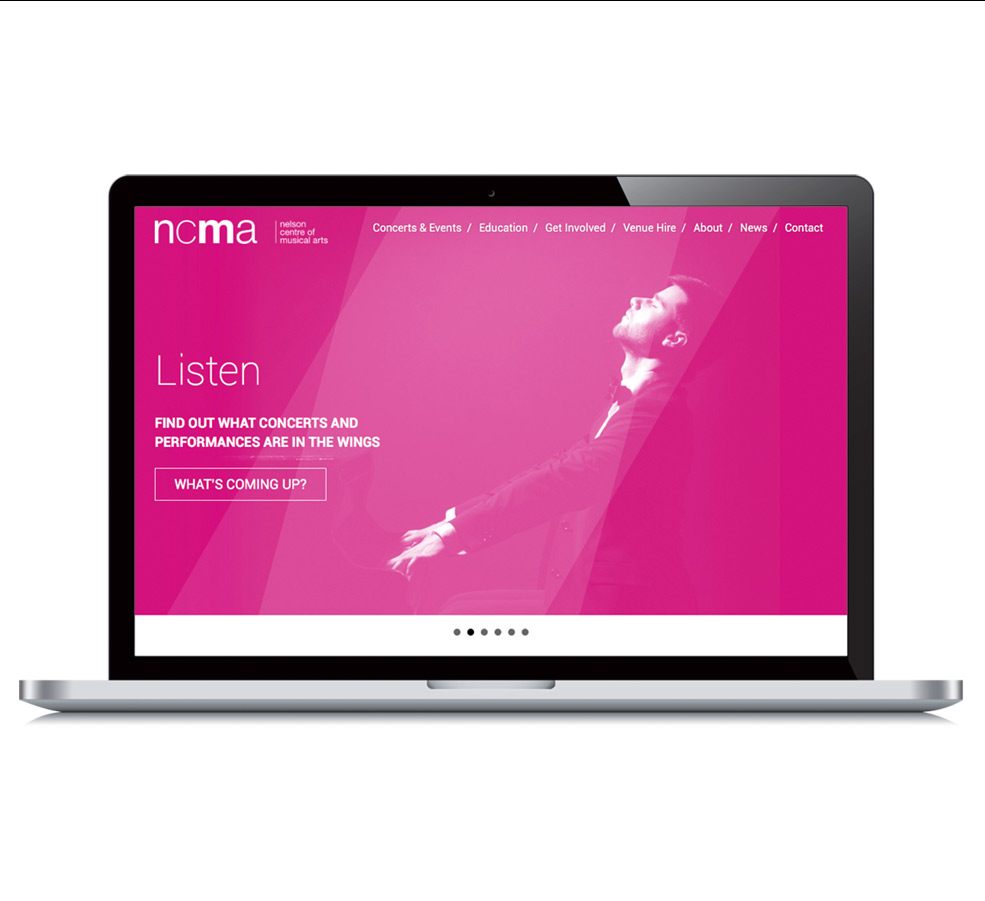 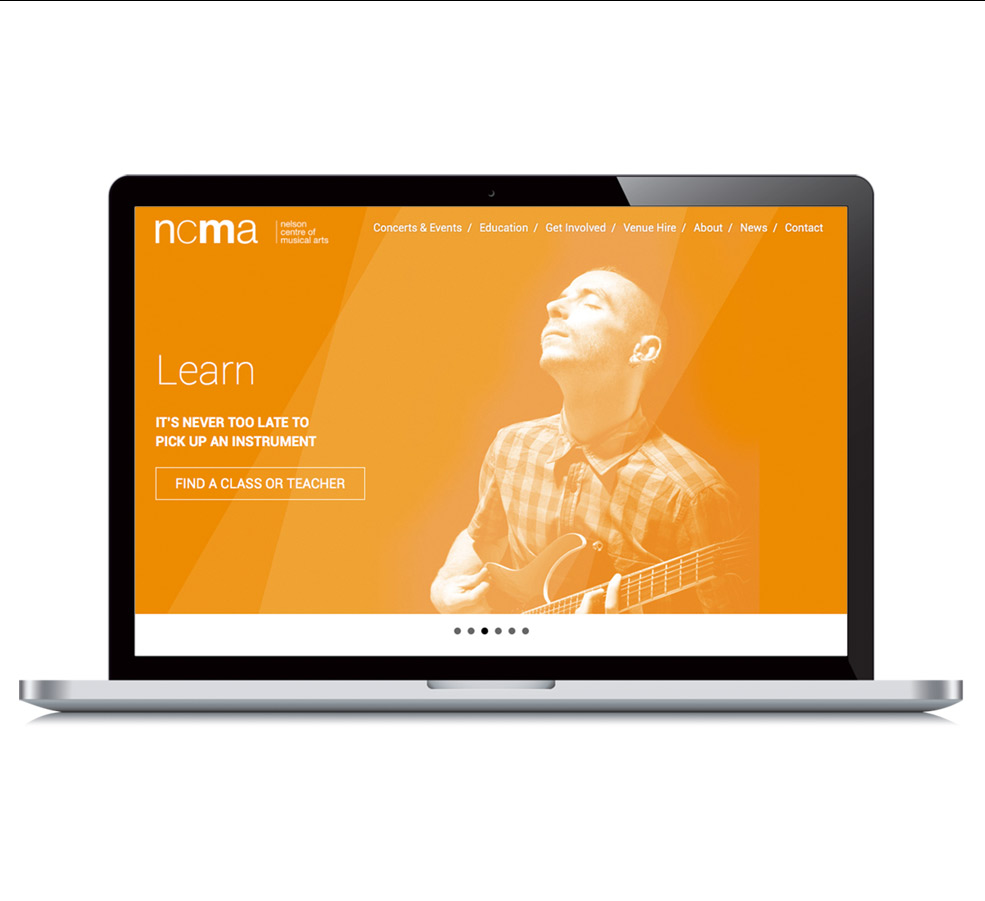 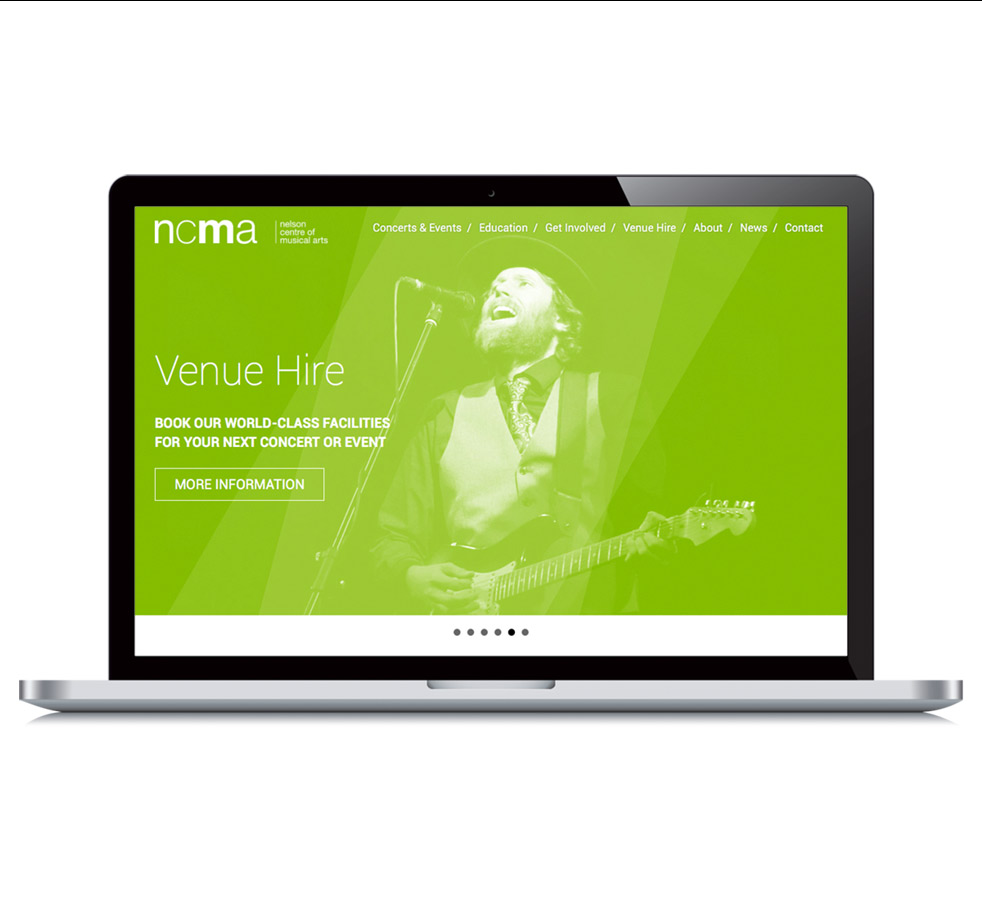 Nimbusad was invited to re-brand the Nelson School of Music for its emergence from a rebuild.
The institution was not a school but rather a facilitator of music learning. It was also a venue and coordinator of musical groups and events. In addition the original title was often perceived as being too high brow and limited to classical music when in-fact it wasn’t.
So we suggested that it be renamed NCMA – the Nelson Centre of Musical Arts to more accurately reflect its actual role in the community.
The rename gave us an opportunity to give NCMA a strong, contemporary identity using bright primary colour and rays of light as if lit on a stage.